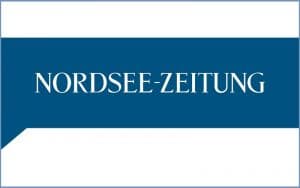 For the project ‘optimization of the digital audit of incoming invoices with payment run’ for the NORDSEE-ZEITUNG GmbH (responsible for the shared service and bookkeeping for Nordsee Medienverbund), we implemented various inPuncto products in the already existing SAP R/3 system. With it, we could automate the invoice audit and releasing process.

Before the automation, approx. 70 to 80 invoices the NORDSEE ZEITUNG receives per day were first marked with an incoming stamp. Then the purchase department conducted the audit, and other departments conducted the invoice audit and release. In the department for accounting the invoices were pre-captured with the given order and then captured in SAP. ‘The whole manual capturing process costs a lot of precious time and is quite error-prone. That´s why we were looking for a solution to make this whole process easier’, Dennis Westphal says, head of the finance department. The inPuncto additional software was their choice.

Paper-based documents of various bill kinds are now labelled with a barcode on the first page. Then, the documents will be scanned with the inPuncto biz²Scanner, which is connected to a multifunctional device via TWAIN driverder. The whole pile will then be transferred to the biz²ScanServer for the mass processing. The mass processor then separates the scan pile, conducts a OCR/ICR in this scenario (free-form text recognition, market-leading recognition library) and reads the invoice specific (invoice position, etc.). These values will then be compared automatically with the SAP stem data, so it is possible to, e.g., find the associated delivers in SAP and the advisor.

With an additional incoming channel for emails with PDF invoices, a direct forwarding of the emails to the mass processor biz²ScanServer is possible. The document in the email attachment will be processed with a special scenario, and a barcode will be generated in SAP. Through this incoming channel, NORDSEE-ZEITUNG also processes so-called fee credits, which will be connected to a booked receipt in SAP. ‘We are very happy with the slim and intuitively operative add-ons by inPuncto, which lighten our daily workload immensely’, says Dennis Westphal.

Special requirements to the invoice capture at NORDSEE-ZEITUNG

For incoming invoices with a sum of over 25000 Euros, NORDSEE-ZEITUNG wished for a direct message via email, as well as the possibility to transfer particular values of invoices with many invoice positions via Excel document in a SAP chart and automatically process the via workflow in SAP. Another requirement concerned the visualisation of the payment run and the connection of separately booked fee credits with pre-booked receipts. Because our inPuncto software is individually adjustable to the requirements of our customers, we were able to implement all wishes of the publishing company successfully.

NORDSEE ZEITUNG cherishes our inPuncto software, because of its deep integration in the existing SAP system, which makes the purchase of expensive third-party systems unnecessary. We added exactly those function the SAP system, the publishing house needed for its invoice incoming process with and without orders. ‘Another benefit of the inPuncto add-ons is the great time saving we have with the automated capture and audit of incoming invoices. And the invoice capture is faultless!’ Westphal summarizes

NORDSEE MEDIENVERBUND symbolizes the coalition of multiple regional companies in the media sector in the Elbe-Weser-area (newspapers, publishers, printers), as well as connected service companies, digitalisation and production, transport and distribution of media in different ways. Currently, nine companies and 1300 employees are connected.