This has been 2015: the inPuncto end-of-the-year review 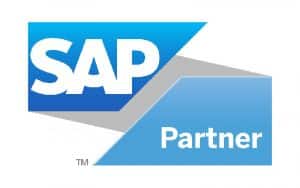 New subsidiary company in the USA

Our highlight of the year 2015 has definitely been the 5th of August, when our subsidiary company inPuncto Corp. was registered as trade mark. Since the international demand for our products has constantly increased, we have adjusted our company strategy accordingly and the foundation of the subsidiary was an important step for the international orientation of inPuncto. Also, the opening of another office in a major city in the USA is planned for 2016!

On the 4th of July, we celebrated the 18-year-existence of the inPuncto GmbH and we took the company anniversary as an opportunity to interview our head Dr. Frank Marcial about the company history and the plans for the future.

2015, we also participated in some events: in March, we had an exhibition stand on the CeBIT in Hannover Germany where we met many partners and customers and have also made interesting contacts.

We summed up our impressions of the exhibition in a video. Yet another of 2015’s events was the DSAG-annual congress in September/October in Bremen Germany, where we were present as participant and professional exhibitor for SAP-integrated document management.

Our archiving-software biz²Archiver has once more received the certificate „SAP Certified for Integration with SAP NetWeaver“by SAP, which officially confirms the SAP-compatibility of our archiving-solution.

Our inbox-processing-server biz²ScanServer was given an update and is now even more flexible and comfortable, thanks to its for new functions.

Moreover, we have been offering many exciting webinars throughout the year, which have met great interest. The seminars in various major German and Swiss cities were also readily used to extensively test the products and meet the people behind them.

In 2016 too, we got many interesting webinars and seminars planned for you!
Take a look at our calendar and best of all directly sign up for the events you are interested in!

We are looking forward to what the new year has in store for us and wish you
a good start and all the best of success for 2016!