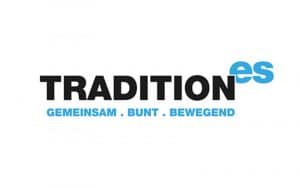 
In order to bring some joy to the elderly people in retirement and nursing homes the tradition-ES members realize in their free time variety of projects and activities. The aim is to strengthen the will-to-live the elderly people. For example tradition-ES has provided a mobile chef cart, which the residents of a nursing home can use for cooking their favorite food in their room. They built also a raised garden bed, which allows to the elderly to do gardening even from a wheelchair.

The members of the tradition-ES are strengthening even more their network-relationship throughout performing different activities. For example they organize cultural excursions or presentations on current socially relevant issues.

Highlight activity in this sense is the participation as a team at the annually city run, which is organized by the Esslingen newspaper. This year the marathon will take place on Sunday, the 3th of July, 2016. Members and friends of tradition-ES-team run with a blue team–shirts, sponsored by tradition-ES for its runners. In return a donation would be highly appreciated. The sum collected will serve the realization of social projects for seniors.

For the followers and supporters of tradition-ES a kick-off will be held before EZ-run-start. After the marathon tradition-ES members are arranging a traditional charity barbecue in Esslingen.